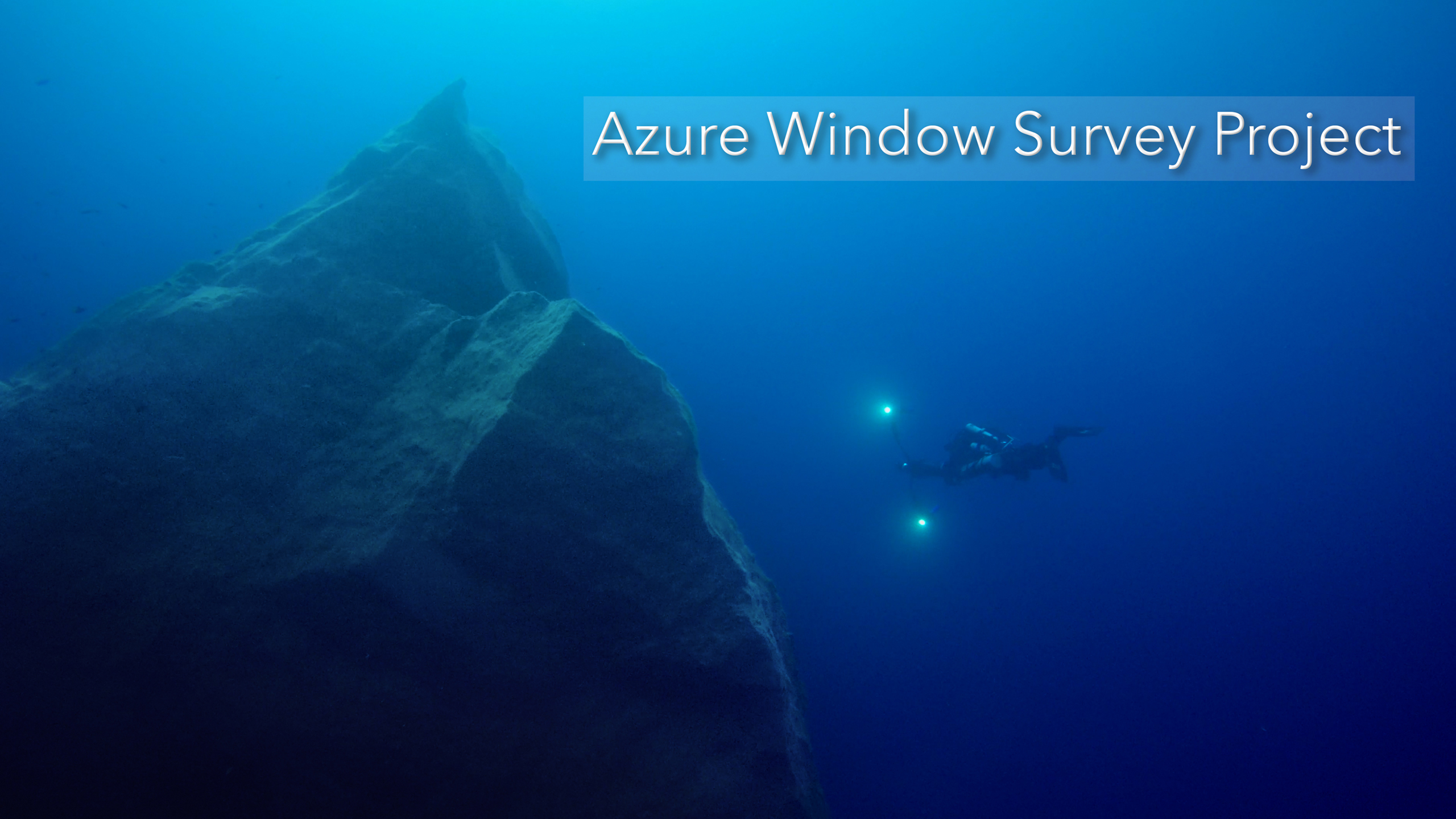 The Collapse and Underwater Site of the Azure Window

The Azure Window: An Introduction

The Azure Window (in Maltese, It-Tieqa tad-Dwejra, i.e. ‘The Window of Dwejra’) was a coastal natural arch in Dwejra which collapsed in March 2017. Until now, the earliest depiction of the arch that we know of is in the form of a painting dating back to 1824. However, the angle from which the Azure Window is shown in this painting does not enable us to tell for sure if it had been fully formed by then or was still forming. Major Maltese historians Ġan Franġisk Abela (1582-1655) and Ġan Piet Franġisk Agius de Soldanis (1712-1770) do not make any mention of it. Therefore, for the time being, the best we may infer is that it had already formed or nearly formed 193 years prior to its collapse.

Since the 1980s, the Azure Window started losing rocks from the underside of the bridge, such that its shape morphed from rectangular to arched. In 2012, the pillar lost a significant section. Erosion of the pillar’s base underwater weakened it considerably until it gave way. During stormy weather on the 8th of March, 2017, a destabilised pillar collapsed, bringing down the entire structure. An arch is a single structure consisting of bridge and pillar. A destabilised pillar has consequences for the bridge. Likewise, an unstable or collapsing bridge has consequences for a weakened pillar.

Want to learn more about the geology of Dwejra?
👉 Visit the page dedicated to that topic!

Photographs and videos started being collected as soon as five days following the collapse, when the sea had calmed down sufficiently to allow safe diving. Photographic and video material continued to be acquired until 2019. At that point, we formally began a surveying effort. The work, which was carried out by voluntary divers during their free time, entailed collecting thousands of high-resolution images to enable the construction of a 3D-model of the entire underwater site that hosts the remains of the Azure Window. The 3D-model was constructed through a technique called photogrammetry, where sophisticated methods are used to interpret photographs that contain common features in order to create a three dimensional representation. To carry out the survey efficiently, we developed a purpose-built rig. This consisted of cameras and powerful lights mounted on a Diver Propulsion Vehicle (DPV), otherwise known as an underwater scooter.

What were the aims of the project?

Natural arches and stacks (the structures that remain after the collapse of an arch) are very common and popular geomorphic features around the world. Despite their aesthetic attractiveness, however, they have not been extensively studied. The dynamics of stack formation and evolution, in particular, are not well-constrained. Moreover, clear, detailed witness accounts or documentation of the collapse event are incredibly hard to come by, partly because of the very rough weather during which they take place. Such weather makes the site hazardous (meaning fewer people would choose to be on site at that time), and the conditions themselves can make a clear, informative view difficult to acquire. One of the purposes of this study was to apply for the first time the technique of photogrammetry to reconstruct the collapse of a natural arch, with the intention to better understand the dynamics of the collapse and the residual stack which, in the case of the Azure Window, is submerged. Demonstration of the successful application of the technique means that it can also be applied to other sites around the world in order to characterise similar events.

The Azure Window was an iconic feature. Hardly anyone who visited the Islands failed to pay a visit to Dwejra to take a picture with the Window in the background. Over the years, it-Tieqa had become the definitive postcard image of Gozo. When it collapsed, there was a sense of loss amongst locals, which was accompanied by a great deal of curiosity about what the Window now looked like. Had it fragmented? Did it end up in very deep waters? Was it recognisable somehow? Divers have been able to enjoy the beautiful site that has emerged underwater, exploring the many swim-throughs and admiring the imposing rocky masses rising almost to the surface. However, the general (non-diving) public has not been able to explore the site. Besides serving as a guide to the site for divers planning to explore the remains, this work helps give people the opportunity to appreciate the site for themselves. Finally, we hope that this project also serves to raise awareness about the site of Dwejra in general, to ensure its proper conservation. The wish is that through this work, the public learns about myriad other aspects of Dwejra – from its geology and ecology, to its archaeology and dark night sky. This website is a good place to start.

What did we learn from this project?

This work enabled a reconstruction of the collapse of the Azure Window. Through patient matching of features and study of the rock type, we could trace constituent parts, now lying scattered across the seabed, to their original location.  In this manner, the collapse event could be understood much better.

The erosion of the underwater base supporting the pillar was studied in detail, also revealing the formation of an underwater notch running along the length of the base. We confirmed that breakup occurred along the lithological boundary (i.e. the boundary between two different types of rock). In places, specifically the bridge section atop the pillar (red in the images on the left) it followed pre-existing joints, which in themselves represent weaker zones. Thus, the rock can find it easier to break along these joints, the components themselves having remained relatively intact. This knowledge can also help inform the study of other existing arches.

We have also recorded further changes at the site since the Window’s collapse, including instances of rockfall. This helps us understand how such sites evolve over time. In this respect, the 3D model serves as a baseline reference against which future surveys may be compared to understand how the site is changing with time.

The successful application of the techniques that were developed for this project means that these can now be utilised by other researchers around the world to better understand and characterise similar events elsewhere.

Where can I read the original study, what are its highlights, and how do I cite it?

To read the original study:

Highlights of the study:

Below you may explore the site to your heart’s content by interacting with a 3D model. You can zoom in, orbit around features, and look at any part of the site from any angle of your choosing. Clicking on the numbers will open descriptions for specific features.

If you wish to use any of the content on this page, please contact the author for permission first.