The Blue Hole is a sheltered vertical “hole” enclosed by walls on three sides and an arch on the North-facing side.  It is known as a sinkhole and if you are interested in learning how these features come about, you can read more here.

Once your depth touches the 6m mark, you can leave the blue hole from underneath its arch and make your way out to the open sea.  However, it is worth noting that at the bottom of the blue hole, which lies at 16m, there is a cavern entering the cliff side, which is home to Moray and Conger eels residing in crevices on the far end.  You may also encounter other fish in this cavern (the author once spotted a fine John Dory gracefully hovering at the entrance!)  However, the highlight of the blue hole must be the mesmerising display of shafts of light playing upon its walls. 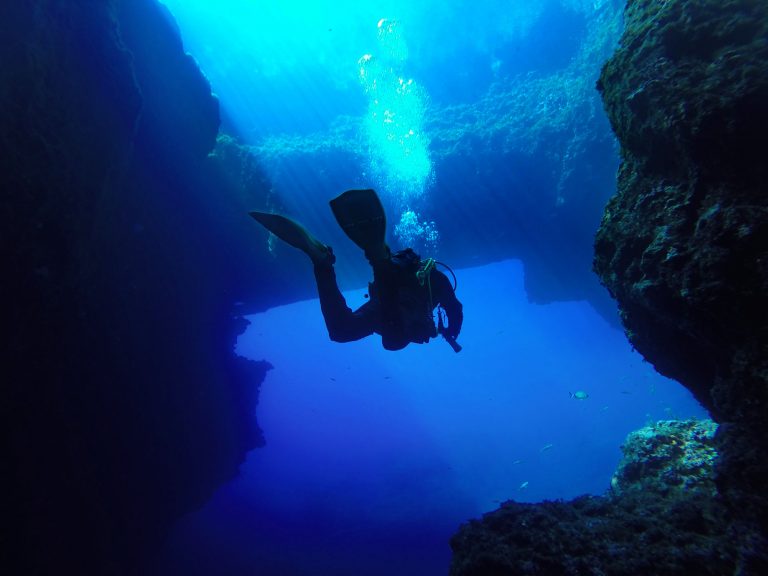 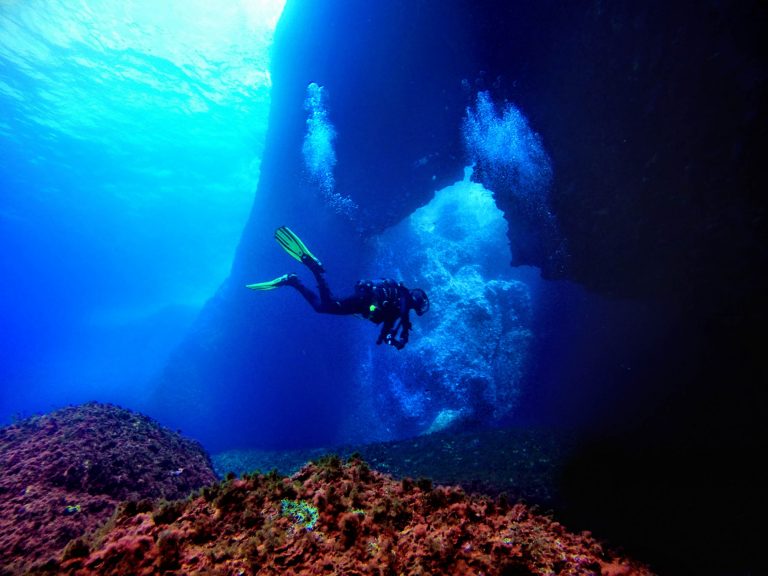 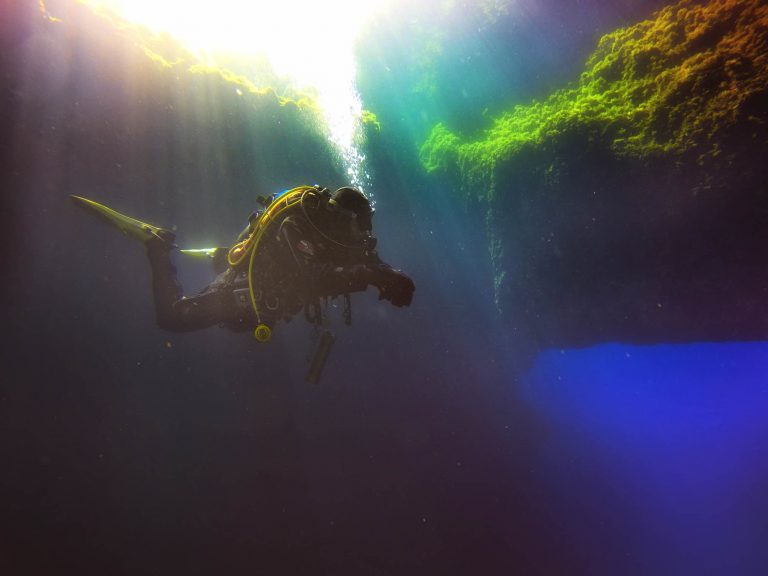 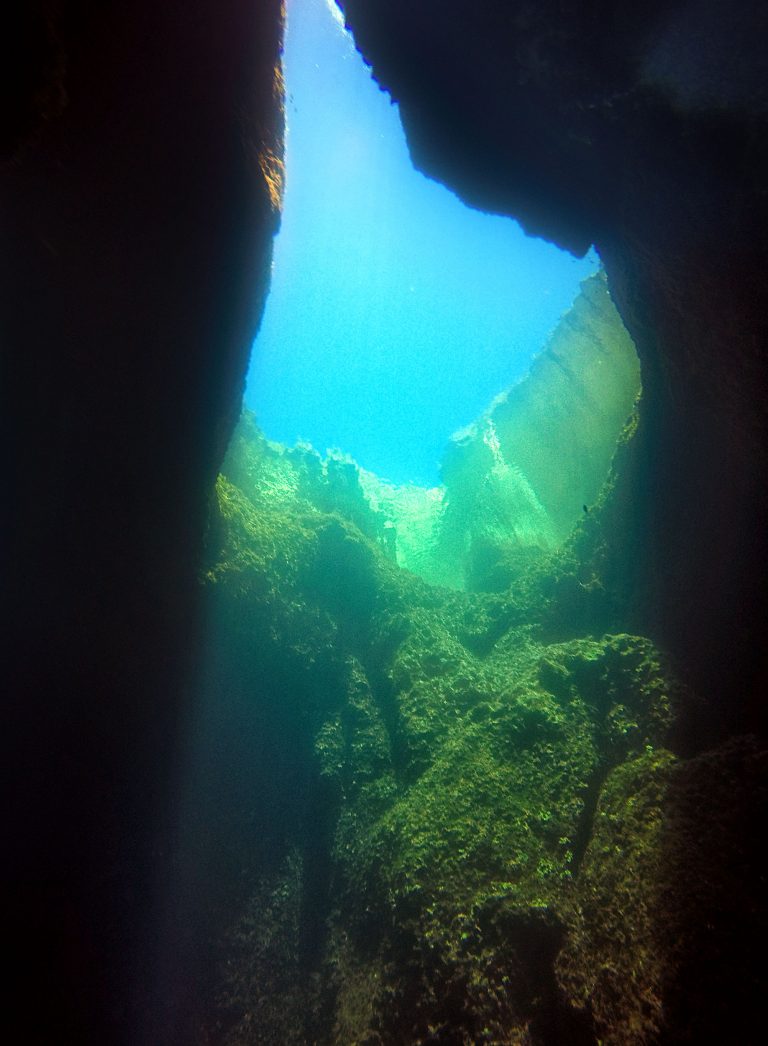 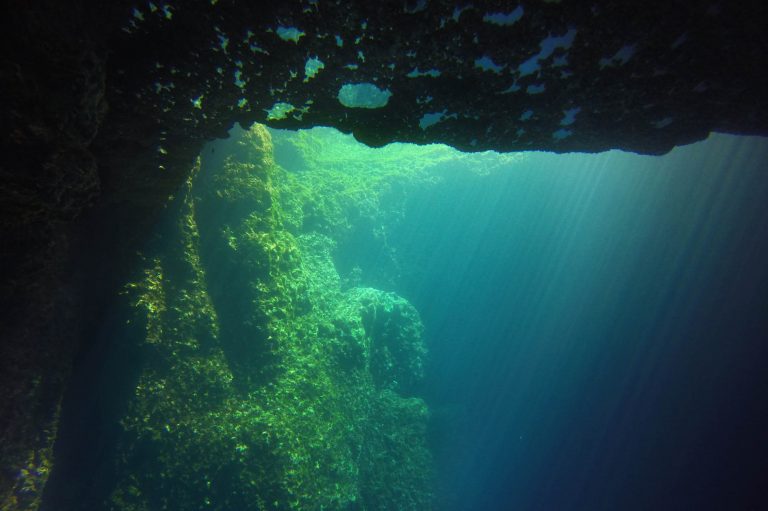 The remains of what used to be the Azure Window, which collapsed on the 8th of March 2017 during a storm, are a spectacular sight to behold.  Jagged pillars rise out from the depths, reaching nearly all the way to the surface.  New swim-throughs have been created, and the site is truly a gem for divers seeking a wonderful landscape.  The depth ranges from more than 50m to virtually the surface, so it’s a dive site suitable for all levels.

Divers who are good on air can start their dive at the Inland Sea, stay in shallower waters (i.e. not venture below 20m), proceed along the wall to their left as they swim out of the tunnel, pass by Gћar ix-Xiћ (Old Man’s cave) and then come upon the remains of the Azure Window, surfacing at the Blue Hole.

CCR divers can enjoy a great dive commencing from the Inland Sea, and proceeding as above, although they can also venture deeper and return to the Inland Sea for their exit.

The tunnel of the Inland Sea is an 80-metre long tunnel that has one opening (your entry point) at the bay of the Inland Sea (or Qawra, as it is known in Maltese) and another on the opposite side of the cliff leading to the open sea.  A truly exciting dive, it is mostly known for its ambiance rather than the marine life.  On the walls, you’ll encounter corals and sponges, but since it can be a bit dark do make sure to bring your dive light with you!

IMPORTANT: As you enter the tunnel, keep to the left wall, and make sure to exit on this same side on your way back.  There is a mutual agreement between divers and boaters where the former stick to this side and the latter to the other.  Also, unless it’s a true emergency, avoid surfacing inside the tunnel as boats entering and leaving the tunnel might not be able to spot you and you can get seriously injured! 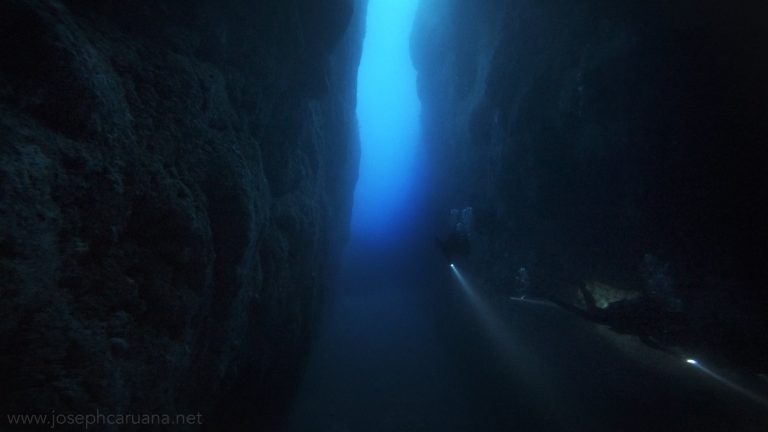 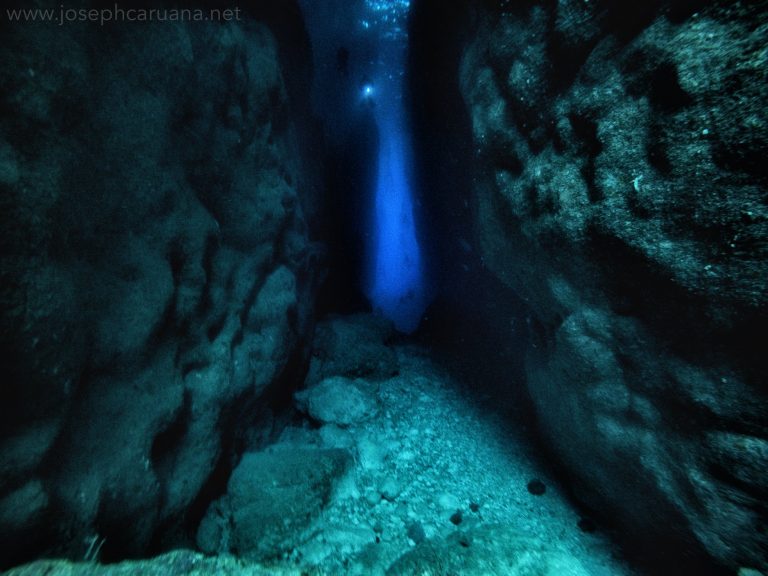 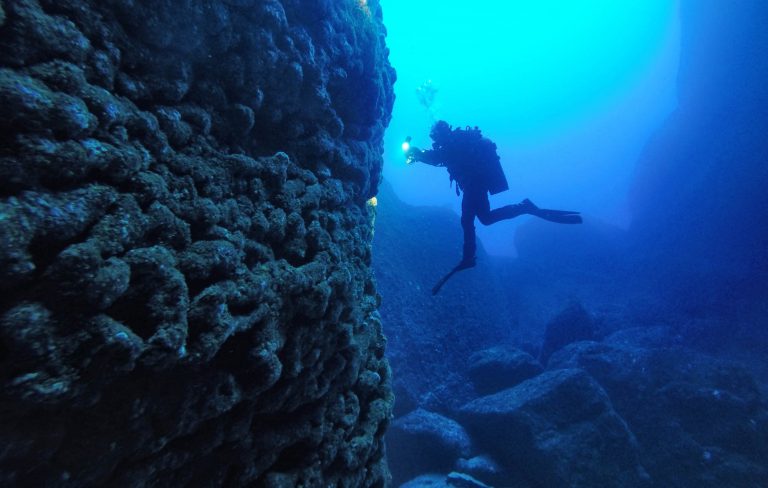 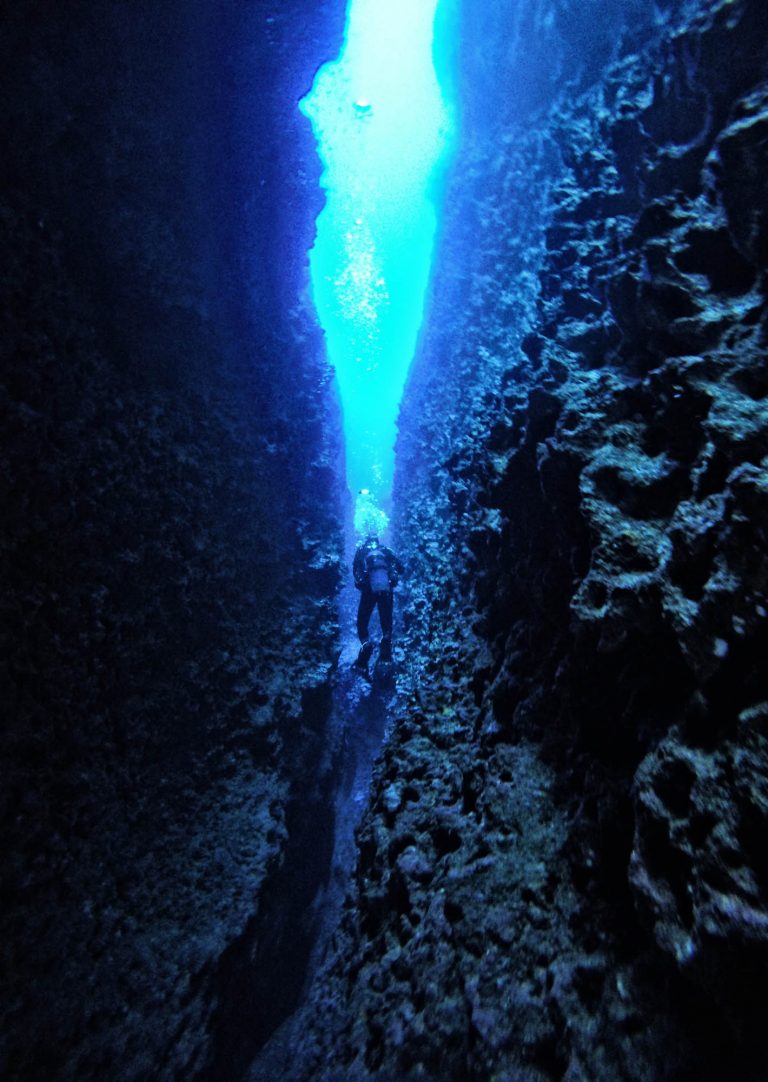 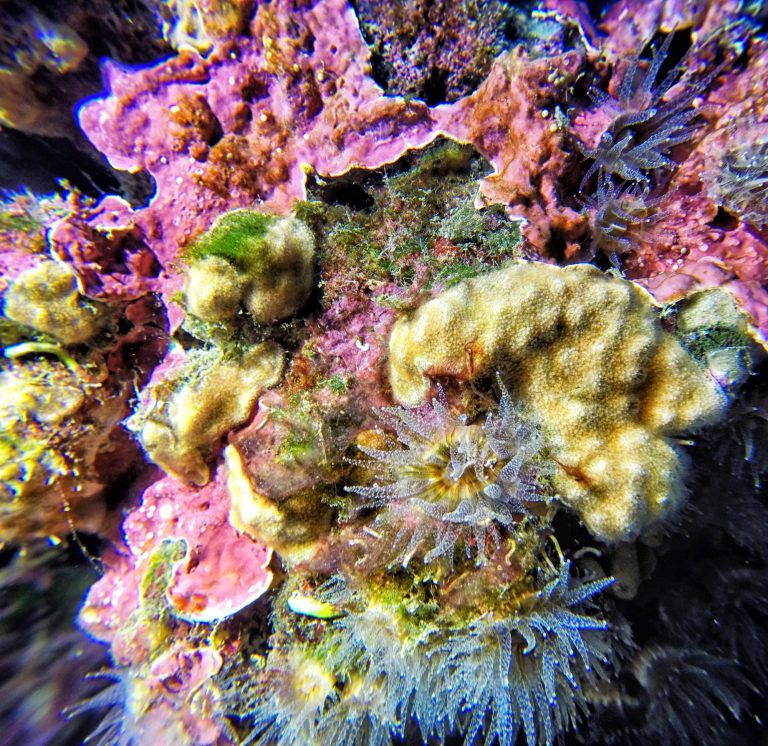 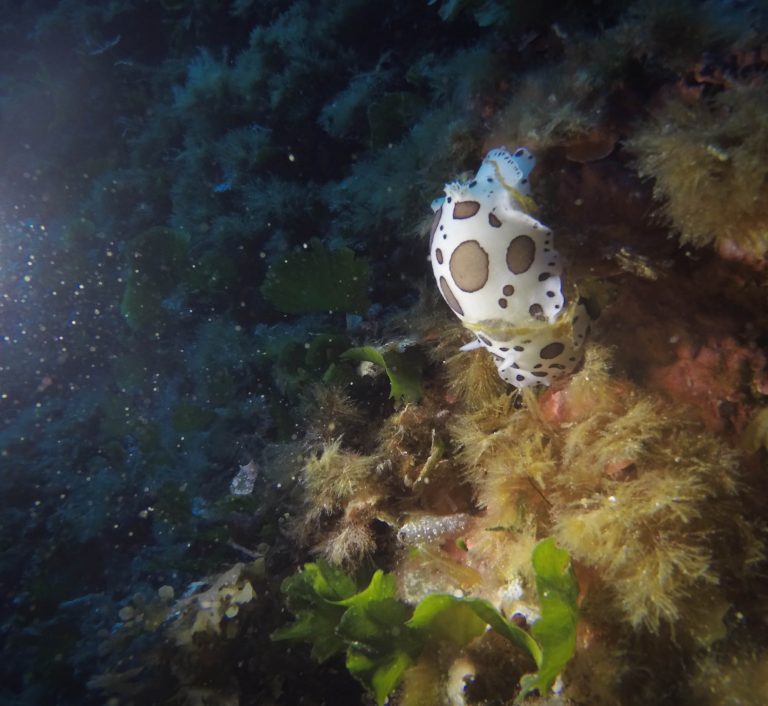 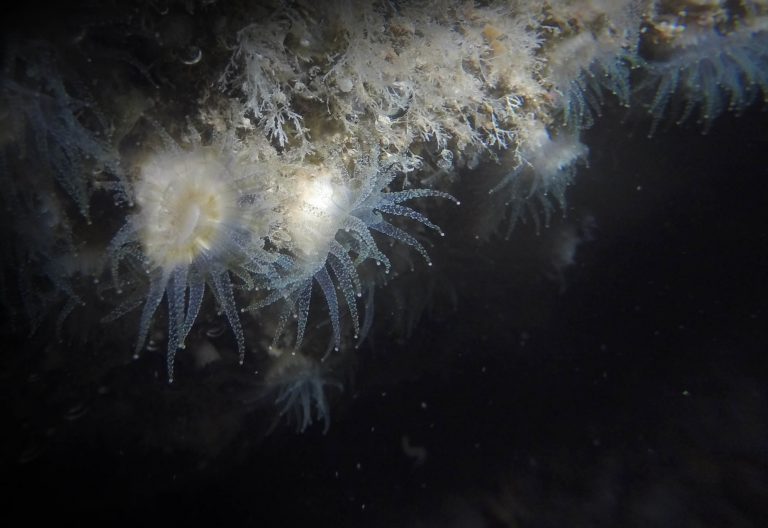 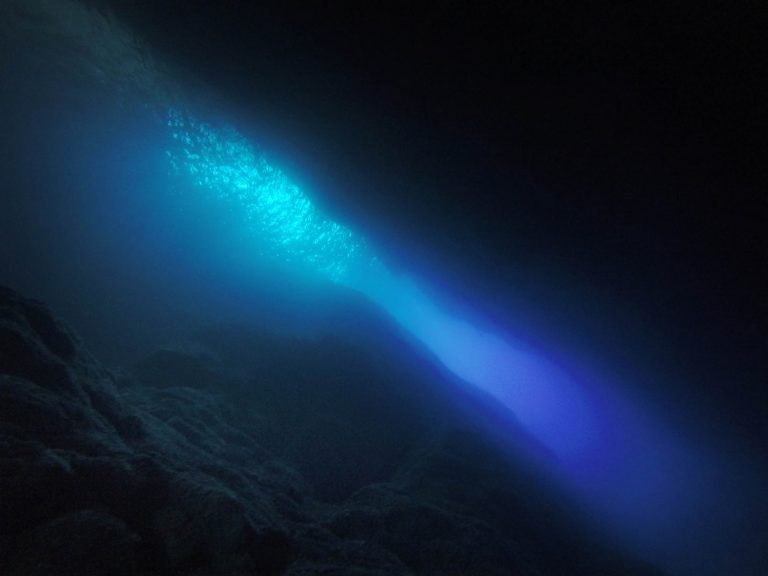 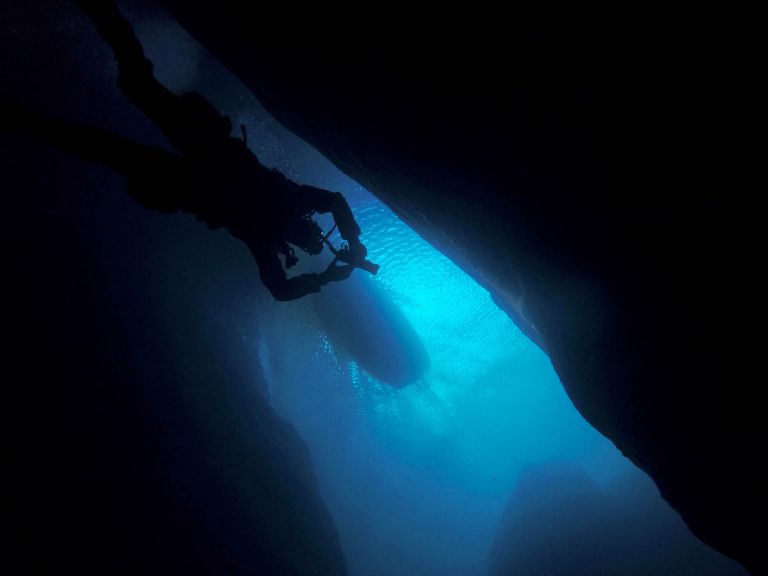 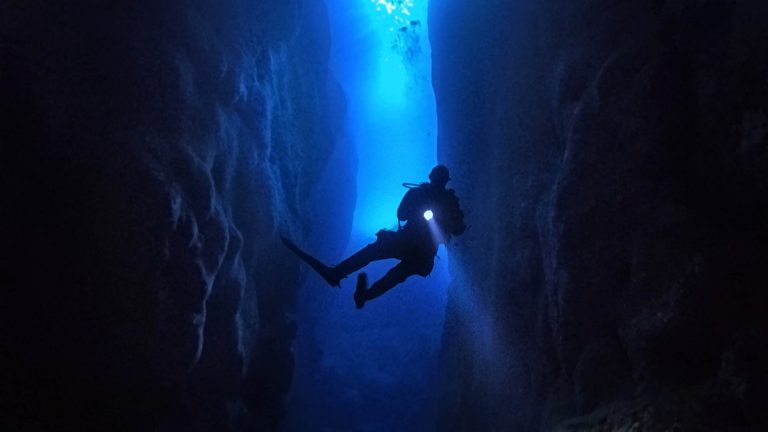 To the right of the famous Fungus Rock lies a lesser known rock known as Crocodile rock, whose name derives from its shape that resembles the head of a crocodile when viewed from the right angle.

Reaching the rock after a swim from shore, you can enjoy groupers, shoals of salema, bream, amberjacks, dentex, and barracuda amongst other species.  Note that many of these fish tend to occupy waters deeper than 18m, so being in possession of an Advanced diver certification is ideal. 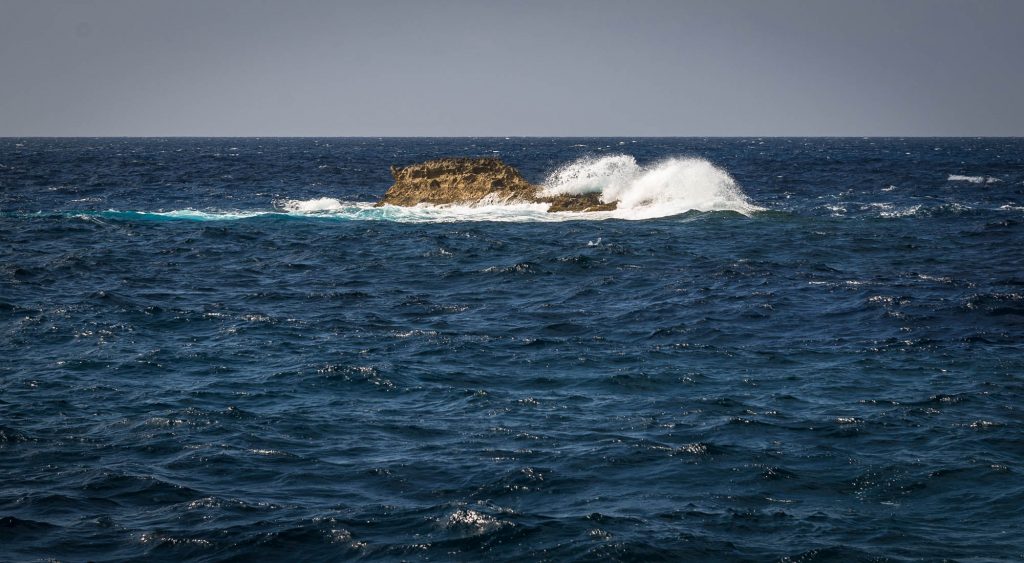 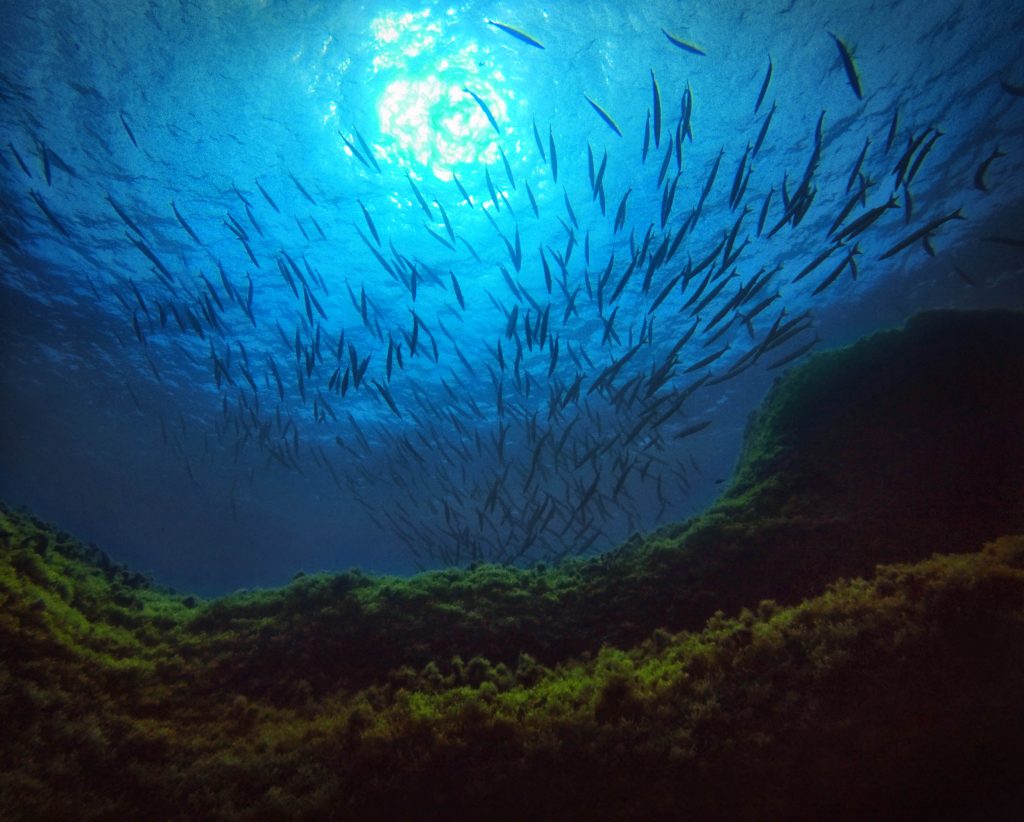 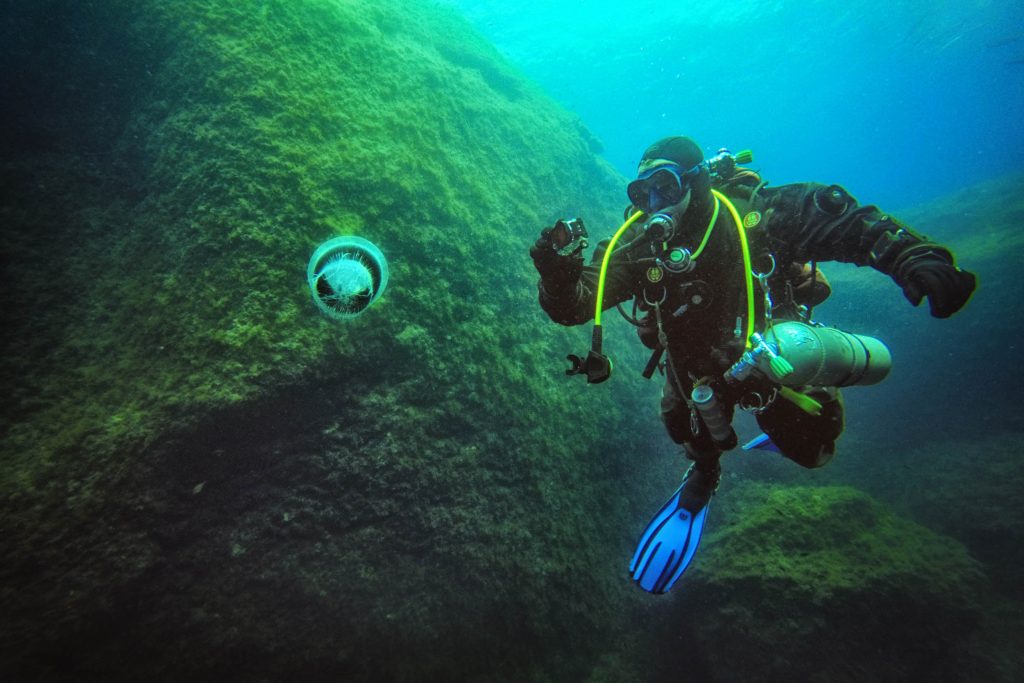 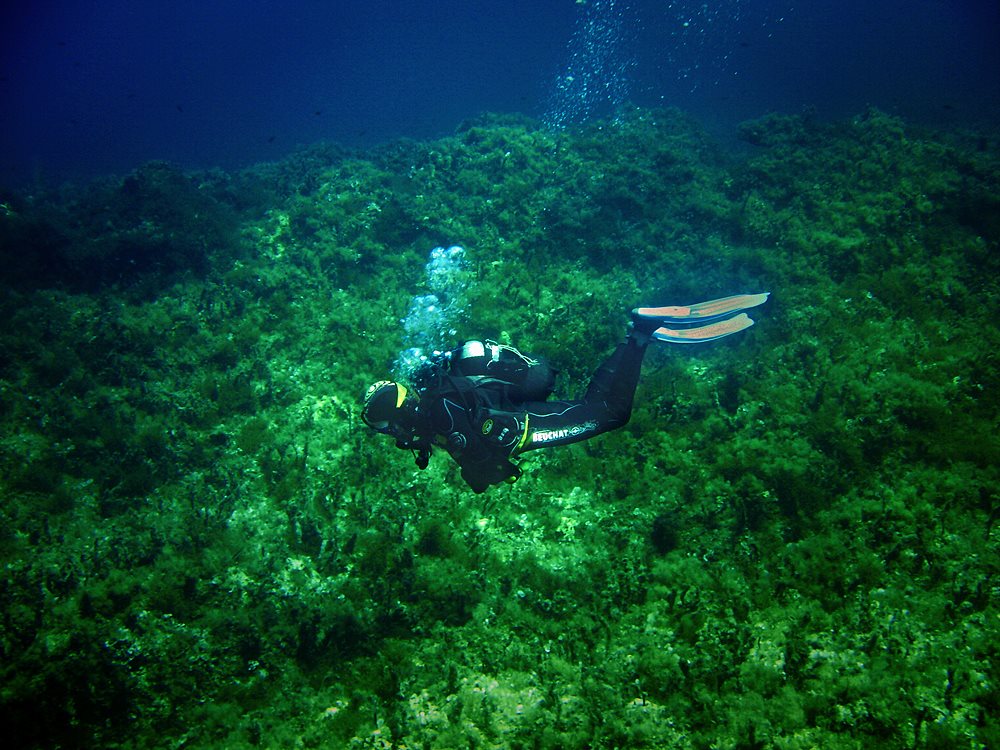 Many of the pictures on this page were captured by the author during wonderful dives together with Brian Azzopardi, Georgia Mainente and Denis Marin.  The author would like to thank all three for being fantastic dive buddies.